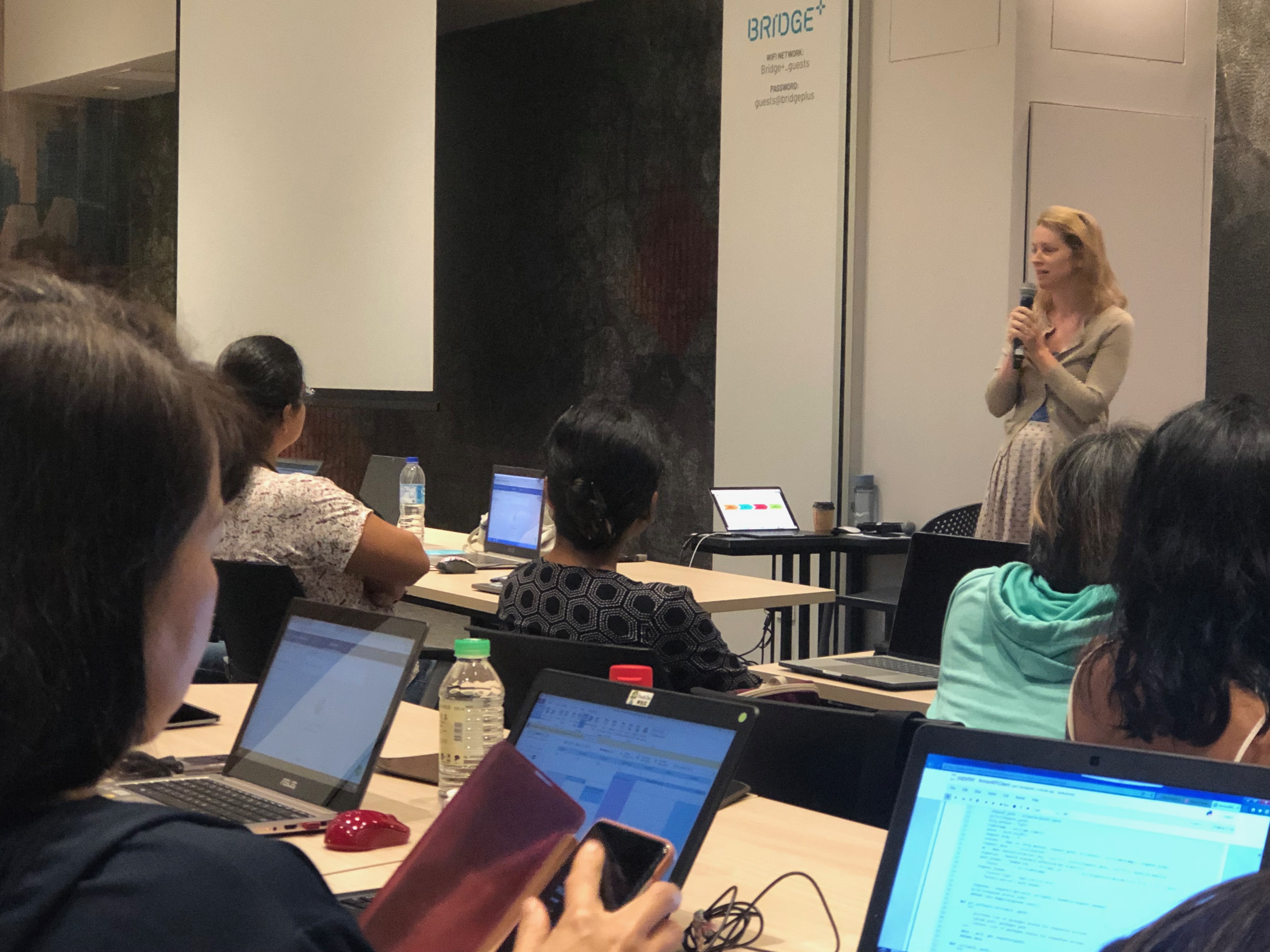 “Hi! I’m Steve. I guess I’m the token guy for gender diversity today!” jokes one of the three men at She Loves Data’s signature data workshop for women. It is early April at Bridge+ at Singapore’s Science Park Drive. As Principal Consultant and Founder of Minerra, Steve Remington gets introduced to the speakers of the day by She Loves Data co-founder Jana Marlé-Zizková, and the laughter and camaraderie are palpable. While all agree that diversity is clearly more than a gender issue, the conversations revolving around the practicalities of making this endeavour really is about to get deeper.

According to Marlé-Zizková who speaks from her experience in Tech, the topic of diversity was not as prevalent around twenty years ago as it is now. However, it is widely acknowledged that there is still some way to go. For example, it is crucial to understand that diversity means employing people with different experiences, ages and cultures, just to name a few. It is a vast subject which challenges long-entrenched hiring processes with unconscious biases that favour candidates who come from certain backgrounds. They then get qualified by hirers that often interview and employ based on ticking all the boxes neatly. This is changing.

Performance Ads Marketing Lead APAC at Google, Katrien Bollen, shares that she has seen inclusion and diversity “concretely bring better ideas, better initiatives and more scalability…so it’s more relevant for everybody.” It is something she really likes especially since she enjoys problem-solving. After all, why take on the burden of solving something all alone when there is ready access to different people around the table to brainstorm an idea that could still be very raw but the refining process gets underway soon enough? Bollen highlights the joy of witnessing some surprisingly great outcomes when “you get very creative people and very data-driven people together.” From her experience, the idea gets better, the business solutions more ready and hence, more relevant for the customers.

“So there’s no point bringing onboard people from diverse backgrounds if you haven’t actually provided a forum where it’s ok to communicate or give views …or if you come into an organisation that’s top-down and that is not open to change. ” – Melissa Ries, TIBCO General Manager, APAC

However, although bias in the workplace between gender and the types of diversity is less pronounced and less visible, this too has made it quite challenging. General Manager (Asia Pacific, Japan) Melissa Ries at TIBCO Software Inc. recognises that while diversity and inclusion is a big topic for most organisations, it is still difficult.

“Diversity in Technology and STEM (Science, Technology, Engineering and Mathematics) is 50:50 in terms of women and men who go and study in universities. However, there are fewer women who stay in their career and actually move through the ranks, and that says to me there are some challenges around women and diversity in promoting them within Technology.”

In addition, Ries says that while every hire is all about capability, one of the things she would really like to see is organisations who walk the diversity talk and provide the environment to support the newly-hired who could be different from those who are already in the companies. “So there’s no point bringing onboard people from diverse backgrounds if you haven’t actually provided a forum where it’s ok to communicate or give views …or if you come into an organisation that’s top-down and that is not open to change. Then hiring a female or someone who is different from the rest of the team is a recipe for failure and is not going to make a difference.”

In recent years, there has been a steady increase in awareness to address gender equality from a male perspective. Examples include movements like Bloom in the U.K. who have made it their 2019 goal to engage more men in the gender debate. We also saw this in a recent event organised by LeanIn Singapore featuring a #HeforShe evening in which workplace biases and stereotypes were openly and honestly discussed.

While She Loves Data was started to address the dearth of women in tech, it takes the ultimate holistic approach of creating that ideal workforce where diversity in its widest sense becomes more than de rigueur. As Marlé-Zizková reminds us, “we today as women, as individuals, cannot say that technology is not for us; it’s for someone else. It’s for the man sitting next to us. Maybe he has a better approach to technology…or he is more open…or as they say, it’s I.T.’s problem!” Now this is when, she emphasises, we really have a problem.

She Loves Data has been impacting the lives of women across the Asia Pacific region and beyond, has so far trained more than 3700 women in data analytics since it started in Singapore in 2016.